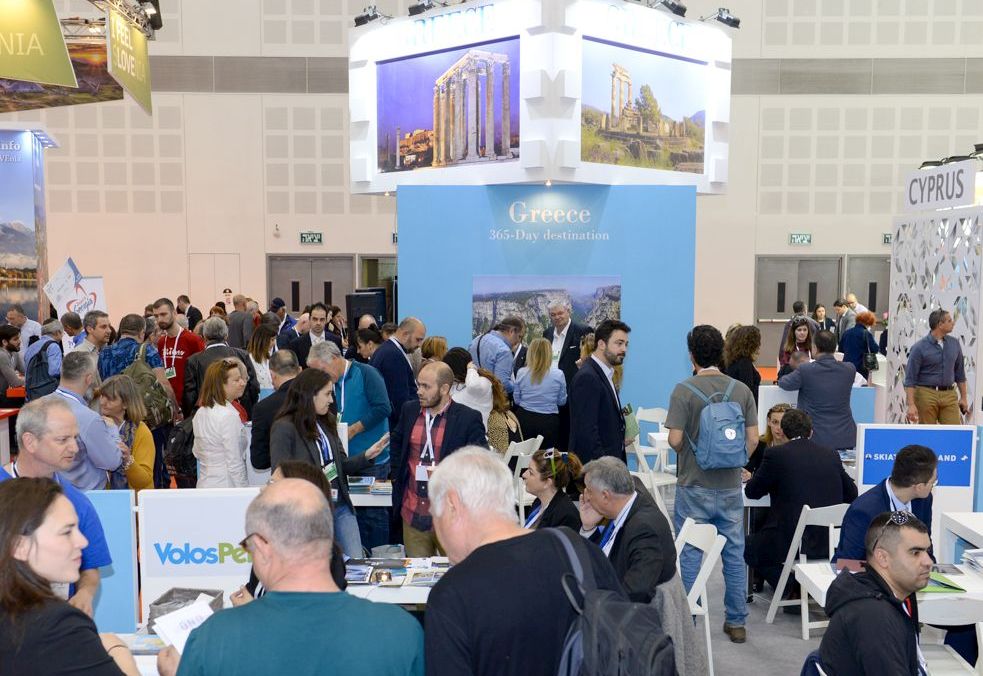 My name is Rebecca Gillis and I have been visiting Andros annually since 2013. On my very first visit I fell in love with the island, and since then have been involved in a variety of ways with local enterprises, most of all with the amazing educational, conservation and hiking tourism oriented work of Andros Routes.

I had the privilege of representing Andros and Andros Routes at the B2B workshop held at the Renaissance Marriot Hotel in Tel Aviv on Thursday 13th February 2020, under the auspices of the Greek embassy and tourist board in Israel and the Israeli Travel Agents Association.

The day began with entertaining and informative presentations given by delegations from each of the 13 regions of Greece. Andros, although included in the Southern Aegean Region, was not mentioned specifically, with Mykonos and Santorini being given prominence in the Region’s presentation.

After a breakfast when the Greek delegations and Israeli travel operatives were able to mingle and chat, the workshop proper began. Each region was assigned a round table and Israeli tour operators were free to engage with each region and hear about them in more detail.

I sat at the South Aegean table with materials on show including the Andros annual magazine; a brochure, walking guide and map from Andros routes and links to further promotional material available online about Andros Island and about Andros Routes in particular.

My colleagues from the South Aegean Region were perhaps more elaborately equipped with glossy brochures, free pens, tote bags and sweets, but it was my promotion of the beauties and serenity of Andros which attracted most attention. Interest was shown particularly in the annual Foot Festival organized by Andros Routes, with one tour operator saying that he was more enchanted by what he heard from me about walking and staying on the island than anything he heard at any of the other round tables!

My time at the workshop was limited. If similar workshops are held in Israel in the future I would be delighted to represent Andros and Andros Routes again, perhaps with a little more time to prepare, better networking with travel agents ahead of time and more promotional materials to distribute on the day. Nevertheless, as a fluent Hebrew speaker I feel I was able to make some impact, talking about Andros’ beauty, rich flora and fauna, fabulous internationally recognized walking routes, her natural resources, the wide range of wonderful places to stay to suit any budget, as well as local specialties including honey, sweets, handmade ice-cream and delicious, sustainably sourced sea food cuisine.

On Saturday let’s hike together from the wooded hinterlands to the east...

On Sunday let’s discover together the beauties of northern Andros : Agios...
Scroll to top