The gates of the footpaths in Andros, part two! 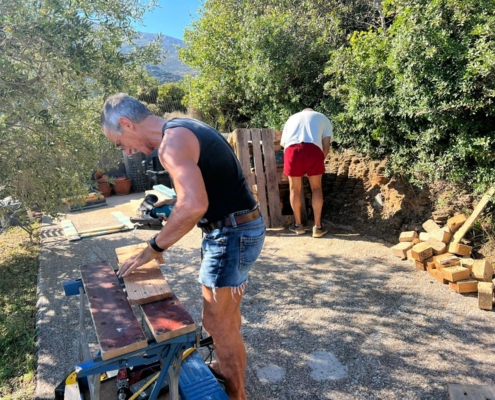 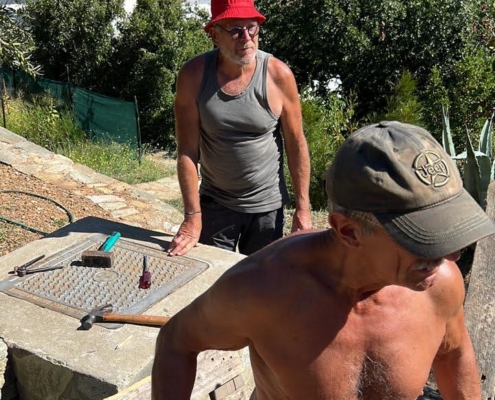 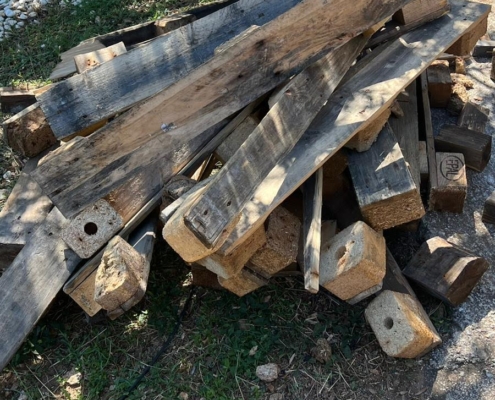 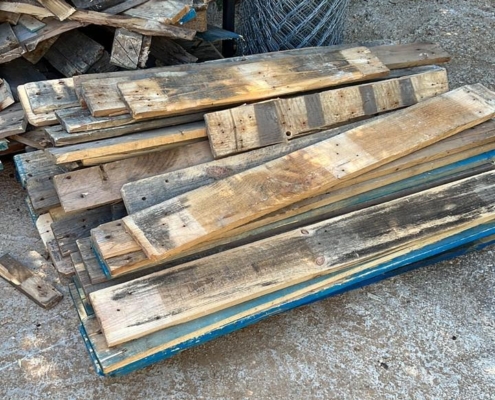 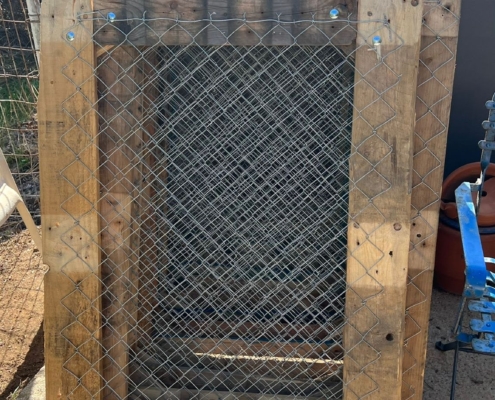 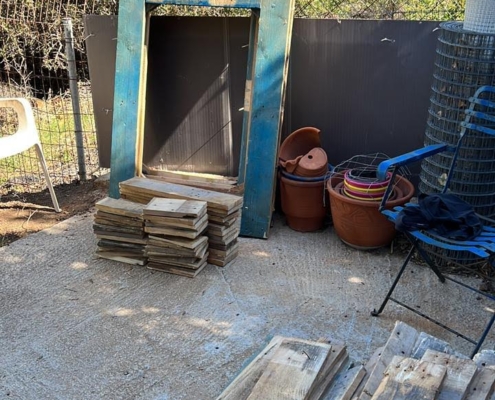 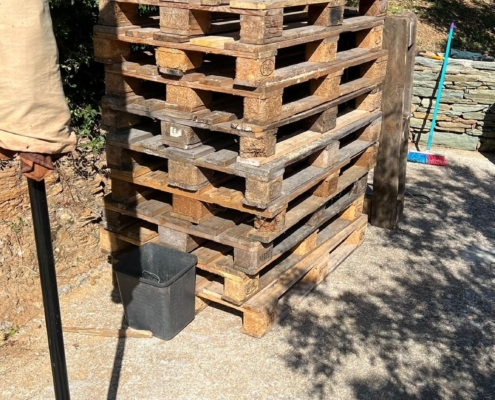 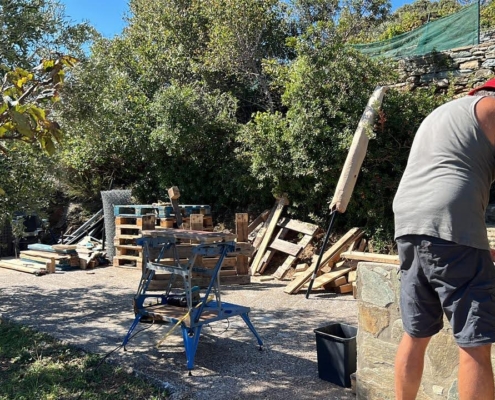 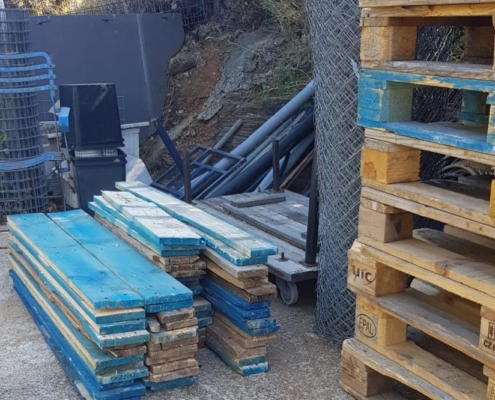 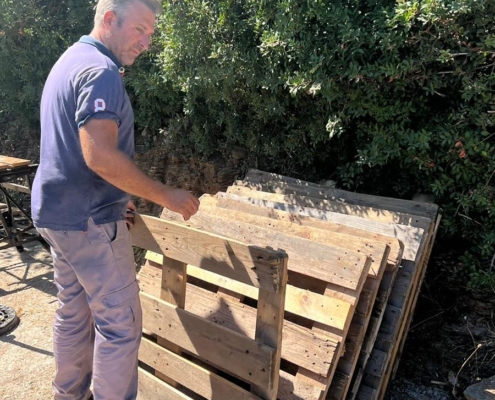 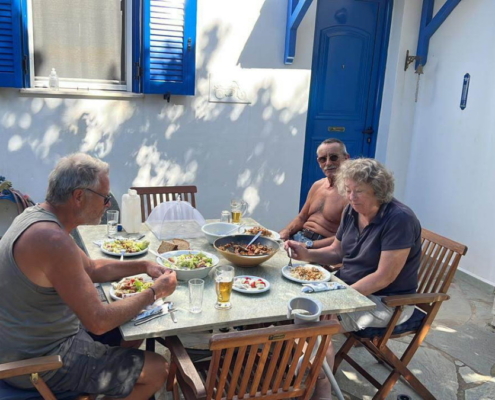 With help of Route Angels and sponsors

A year ago Peter Straatje had a nice idea to replace the improvised shepherd’s gates with functional and convenient gates. It is common for a hiker to find himself in front of an improvised gate, where he can’t easily untie the rope, has to push aside many heavy stones and of course put everything back in place. Peter solved this complex issue by making a gate out of pallets. (see the video here).

Thirty-three (33) gates were constructed last year, all of which were installed on the footpaths. This year, the production had to continue, since the network is extensive and the needs are many. So a team was formed again and the production line supplied twenty-eight (28) new gates. For these new gates, Peter Straatje (who had the idea and supervision), Gerard Kramer, Antonis Sassalos, our worker Kostas and of course Marianne Tuit (who took care of the food for the volunteers) worked for more than a week.

We would like to thank volunteers and sponsors.
… Let’s go for more gates; we have now the technical knowledge and nobody can catch up with us!

On Sunday let’s hike together at the beautiful route Vitali-Ammolochos-Livadeza... 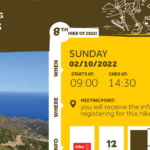 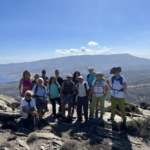 ALBA: A new long and challenging hiking route in Andros
Scroll to top