Andros Routes at the 1st Panhellenic meeting of paths in Vytina ..next year in Andros ! 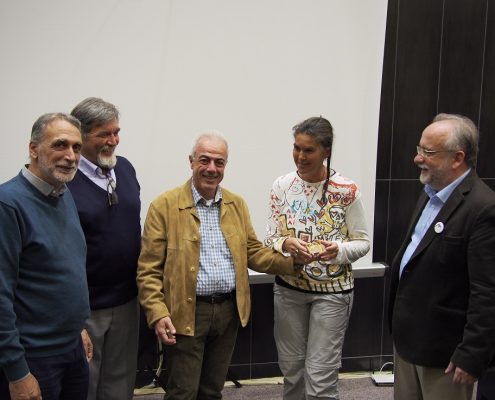 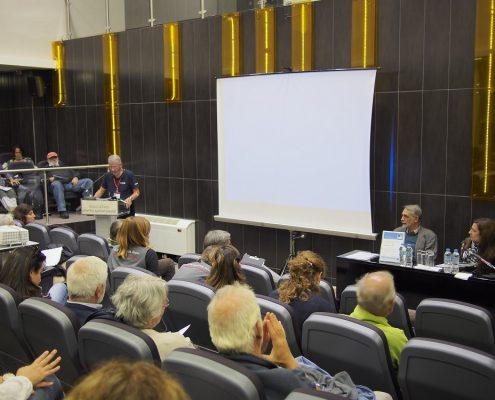 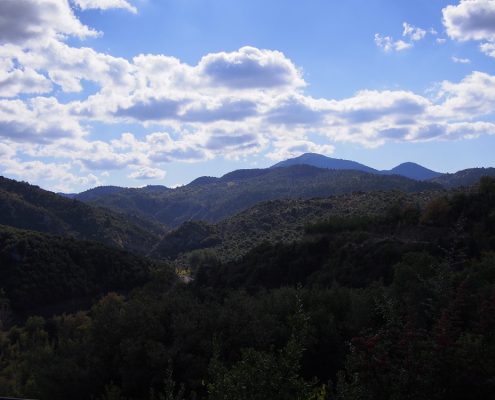 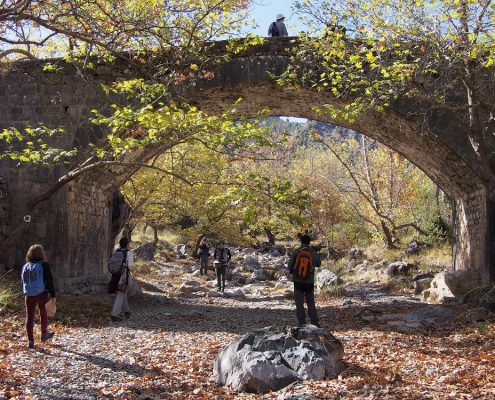 On 4th and 5th November 2017, we had the pleasure to present the Andros Routes project as part of our participation in the 1st Panhellenic Meeting of Trails in Vytina, Arkadia.

The event, which was an important initiative organised by our colleagues at the Menalon Trail, was an ideal forum for all who attended as it involved many hiking organisations dedicated to the preservation and promotion of hiking routes, hiking and volunteer trips, as well as institutions of Central, Regional and Local Government.

The first day of the two-day event was dedicated to the presentation of hiking trails in Greece and the new legislative framework for their care.

In the first section, the Leading Quality Trails-Best of Europe certified routes of Greece (Menalon Trail, Andros Route, Ursa Trail) presented their work followed by presentations from those working towards certification (Chios, Skiathos, Xanthi, Epirus). Then there were presentations on other projects to develop and promote hiking in other regions of Greece, such as Sifnos, Kythira, Prespes and Tinos. The Cultural Paths Initiative of the Hellenic Society for the Environment and Culture also gave a presentation, as well as talks on civil and business initiatives from Aegina, Kastoria, Karpathos, Amorgos, Evia, Hymettos, Xanthi and others.

The second section was devoted to the legal status of path development and maintenance with presentations from representatives of the Ministry of the Environment. As part of this second section there were proposals on the role of hiking routes as levers of sustainable local development by a group of scientists from ΕΜΠ (NTUA), EOT (the Greek National Tourism Organization) and a specialist tourism expert.

The presentation of the Andros Route, as well as the Andros Routes project, attracted a large audience and gave us the opportunity to make interesting acquaintances and fruitful exchanges with many people.

The event highlighted among others the abundance of people and organisations involved in hiking and hiking tourism and the significant progress that is gradually being made in this field throughout Greece, as well as the important role of volunteering.

The second day included hiking a section of the Menalon Trail, and in the afternoon presentations on hiking trails and elements of the hiking markets from representatives of Luxembourg, Germany, Belgium and France. The event was also attended by the newly elected President of the European Ramblers Association and one of the three Vice-Presidents.

Andros Routes was honoured at the end of the two-day event by the representatives of the Menalon Trail with a commemorative medal symbolising the baton of the 2nd Panhellenic Path Meeting which we are planning with great pleasure in Andros in a year from now. The exact date will be announced in the coming weeks!