Andros Routes in Germany & England: participating in the tourism promotion of Andros! 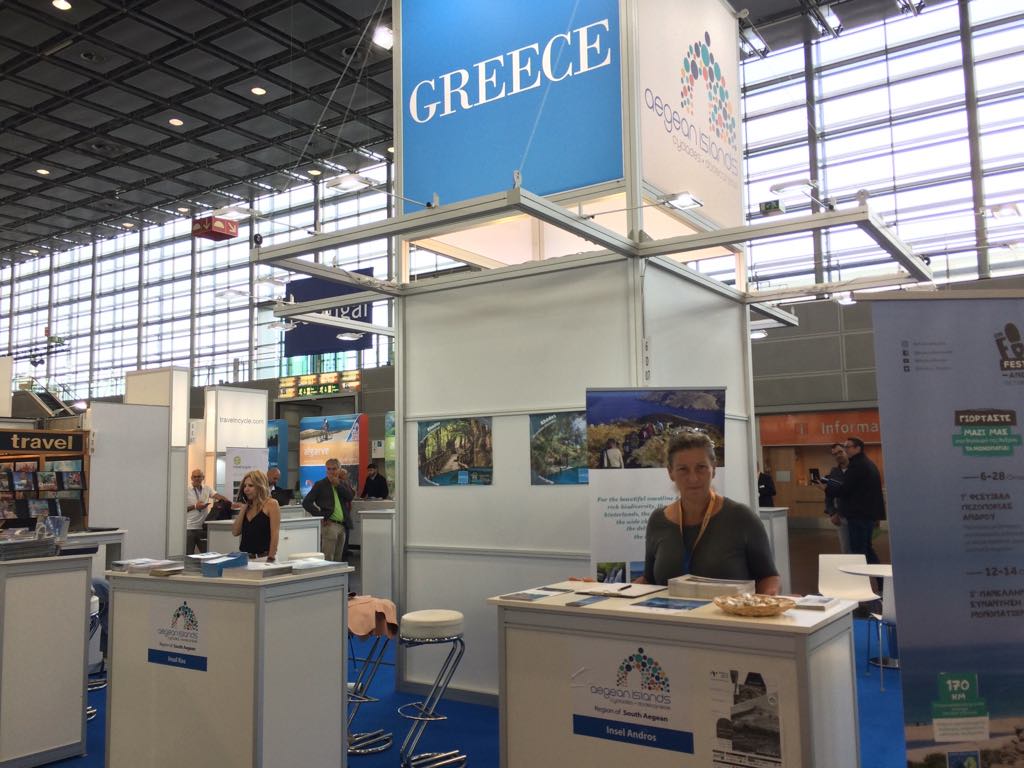 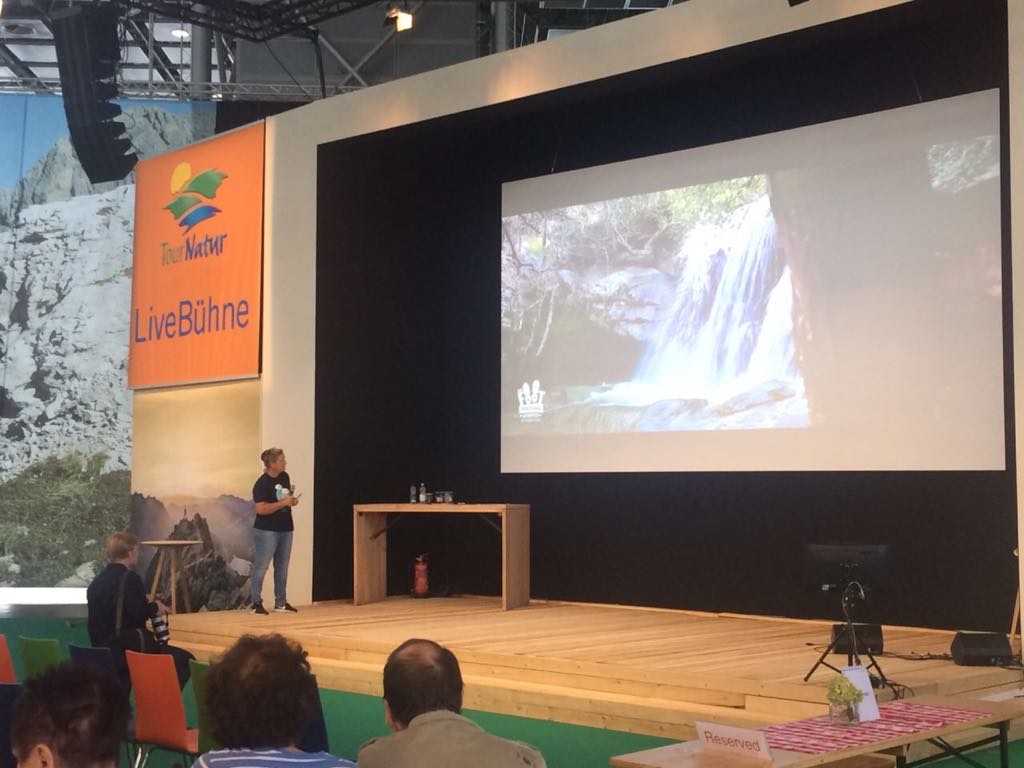 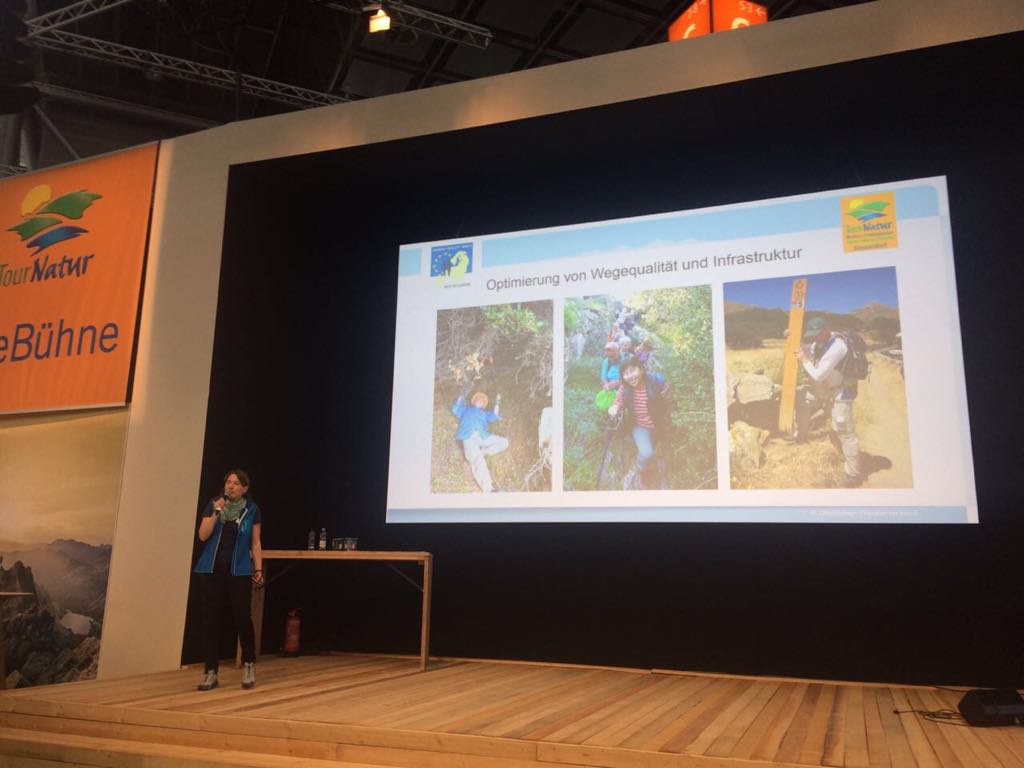 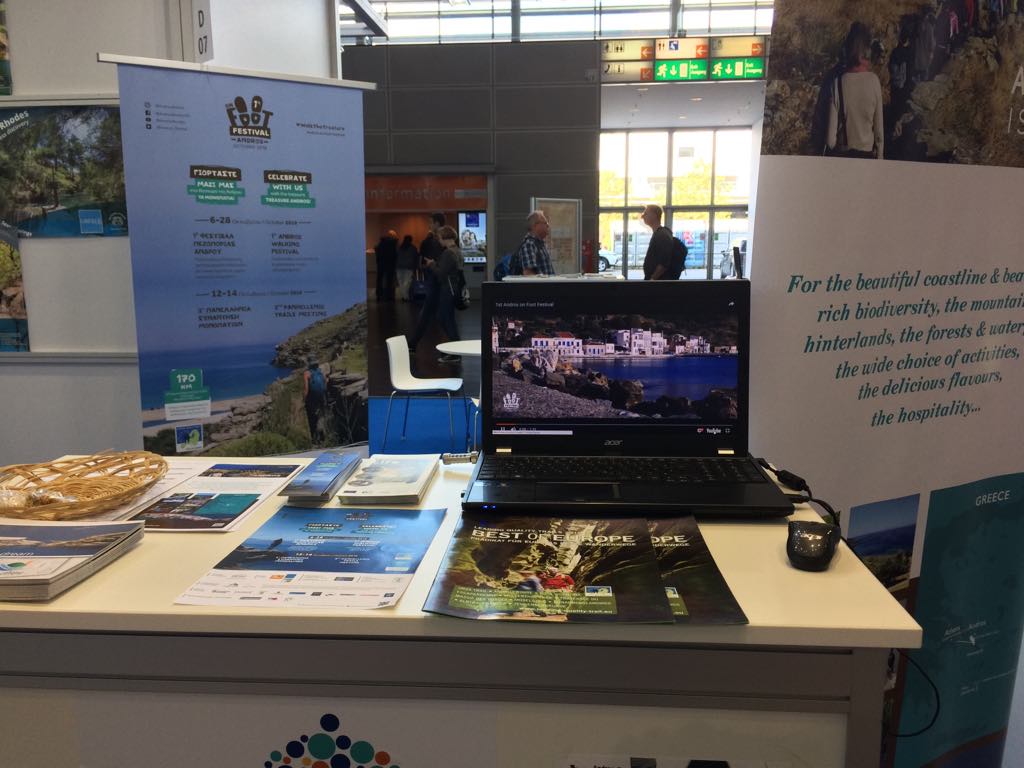 This year for the third time since 2016 Andros was represented , from our volunteer Ulli Stahlmann, at the most important 3-days Hiking- and Trekking Exhibition in Duesseldorf-Germany.

At Andros Routes, as a member of Best of Europe – Leading Quality Trails, was given the opportunity to hold a presentation on the Exhibition stage and could so introduce the island and this year’s On Foot Festival to many interested visitors.

Our amazing festival video as well as the material we shared on our stand (Andros Routes’ map at the scale 1/27.000, pan-European booklet  of  Leading Quality Trails ) generated a lot of interest not only amongst numerous visitors, but also in many co-exhibitors from different German regions. We hope that we can soon welcome them on our beautiful footpaths!

Thank you Ulli for your effort and willingness to promote Andros and your positive energy!

The travel and participation expenses in TourNatur exposition, of our volunteer – representative Ulli Sthalman, were covered by Andros Routes Project. 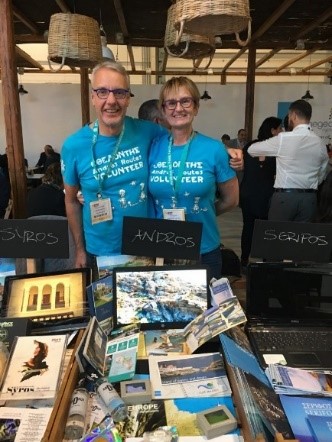 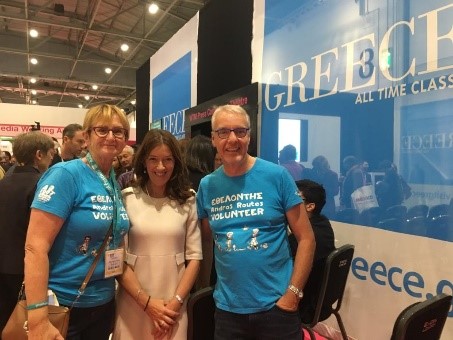 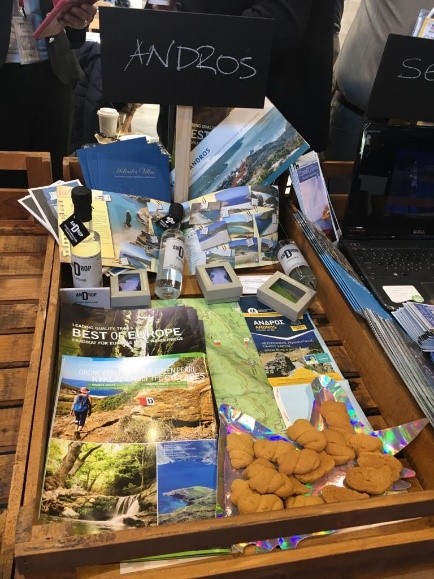 At the World Travel Market international tourism exhibition that take place every year in London, our volunteers had the opportunity to share information on the hiking routes that Andros Routes project takes care of.

Andros Routes, was given the opportunity to support the Andros stand, to share information on our hiking trails, maps- ( Andros Routes’ map at the scale 1/27.000), our festival video and the pan-European booklet  of  Leading Quality Trails with visitors to the stand, many of whom were very interested in the idea of hiking in Greece, and in visiting the islands outside of the normal season.

As part of the first day agenda, we were lucky to meet with Mrs Elena Kountoura, the Greek Minister for Tourism, who gave a talk on Greek Tourism and highlighted the successful tourism policy that has been applied in recent times. Among other issues, the minister spoke of an extended season leading to 365-days of tourism for the country, an area where hiking plays a major role. Mrs Kountoura described how Greek tourism numbers have soared by 33 percent over the past four years and gave details on how Greece overcame challenges and achieved tourism growth beyond every expectation.

We also met Victoria Hislop, a world-renowned author of novels, with a home in Greece, who gave a talk on her passion and love of Greece. Victoria shared details of her latest work in progress, which would be set in the Cyclades, and mentioned that she had visited Andros recently and was passionate about the restoration of the “monopatia”. We encouraged Victoria to come again to Andros and hike the trails with us!

As part of the event we also networked with travel companies, travel writers and interested individuals, who were keen to find out more about walking on Andros and we plan to follow up with all of them.

We were pleased to support Andros at this event and hope that we sparked an interest in visiting Andros in the future.

Τhank you Richard and Jola for your effort and willingness to promote Andros and your positive energy!