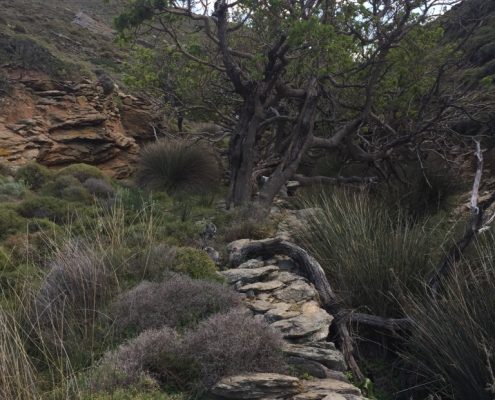 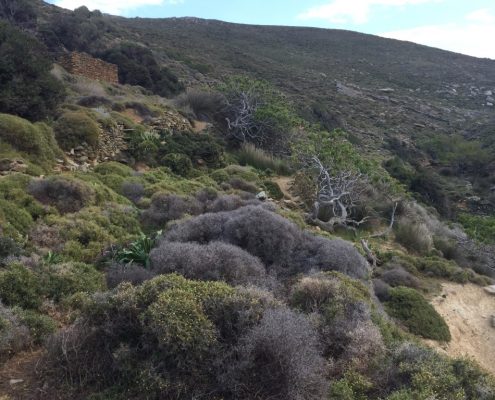 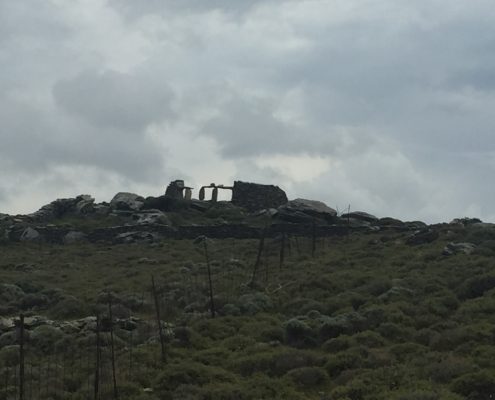 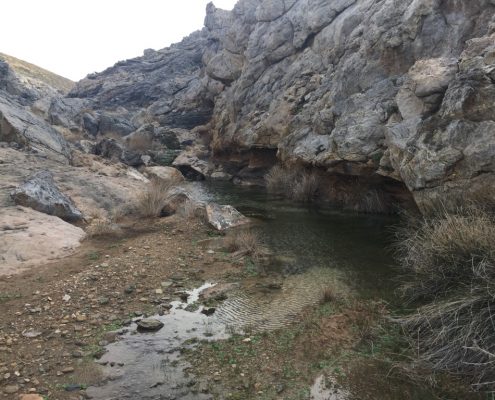 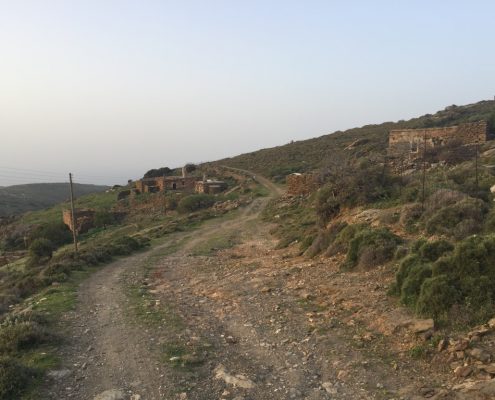 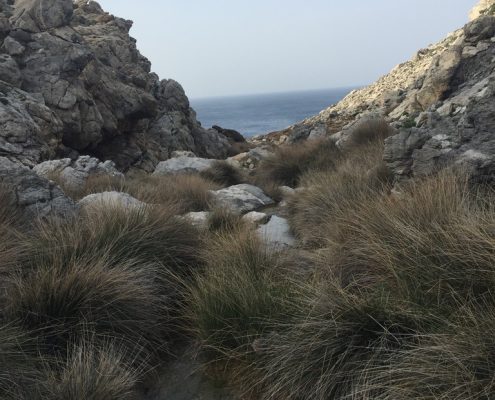 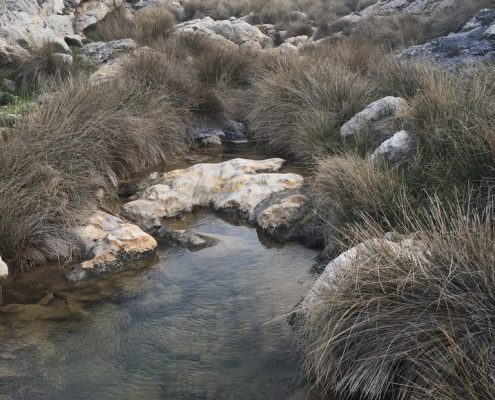 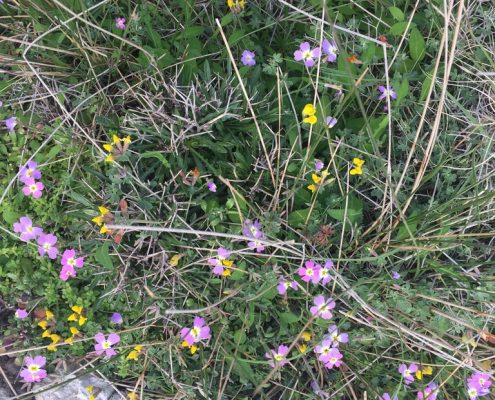 Andros is beautiful not only where it is green but also in wild places where hills are covered with thorny vegetation and scented with wild thyme.

At the northwestern end of the island the streams flow towards Kavodoros. There the coast rocks are steep and washed by the northerly gales. There careless sailors drive their ships aground. That part of Andros was always an unfenced grazing area and for that reason it was cleared by burning, something still common.

Between the lighthouse of Fasa and Peza bay there is a ravine that starts at Agios Yiannis, (St John) the Kleisoura ravine. The hamlet of Agios Yiannis which now consists of a few ruins, was abandoned in the 80s, the last house to close was that of Soulis’s family. On the way to the sea the slopes of the ravine become steep, half way along there is a good water spring. Where there is water and soil there is a garden and despite the lack of good level ground, the locals took advantage of the presence of water. The remnants of their labour are a few walled fields on the less steep northern banks of the ravine which, alongside vegetable gardens by the stream, had fig trees, vines, pear trees mulberries and bee hives on terraces built on the hill side. A few of those trees are still standing and manage to resist the destructive appetite of feral goats. Where the stream reaches the coast there exists a small green oasis with reeds and ponds carved in the limestone by the water just before it plunges down the last 15 metres to the sea like a small waterfall.

A Sunday hike in Arni !