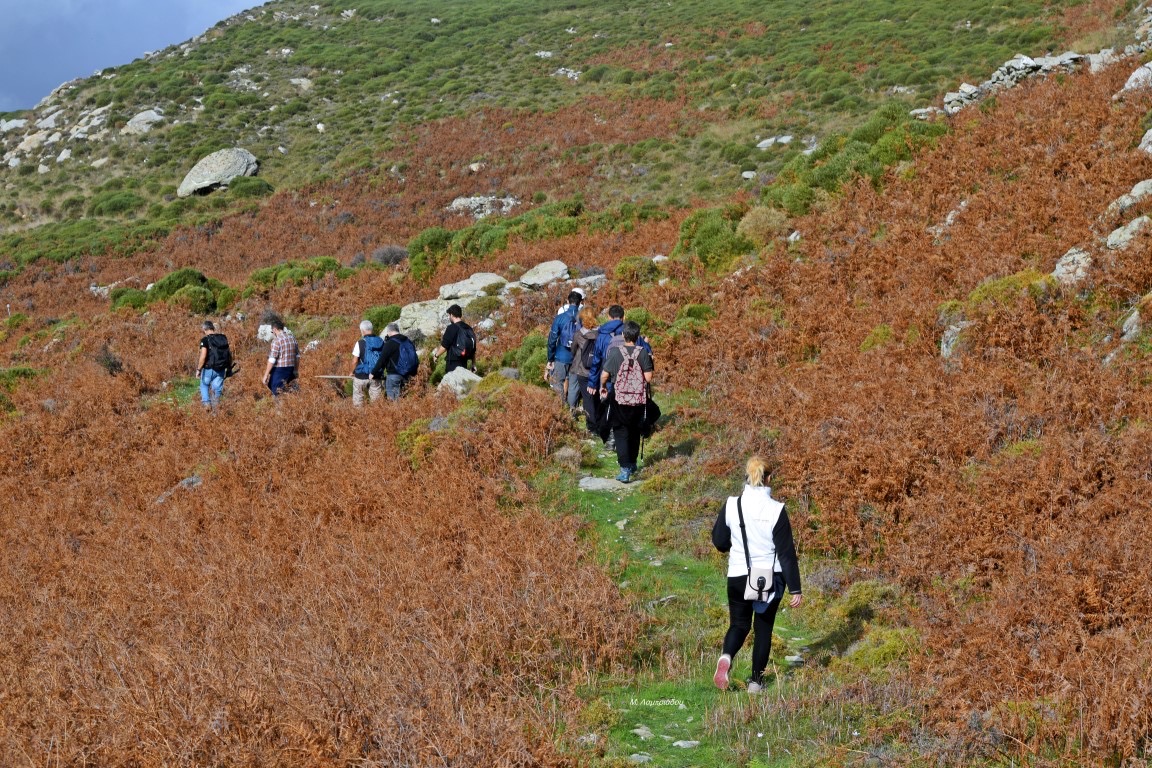 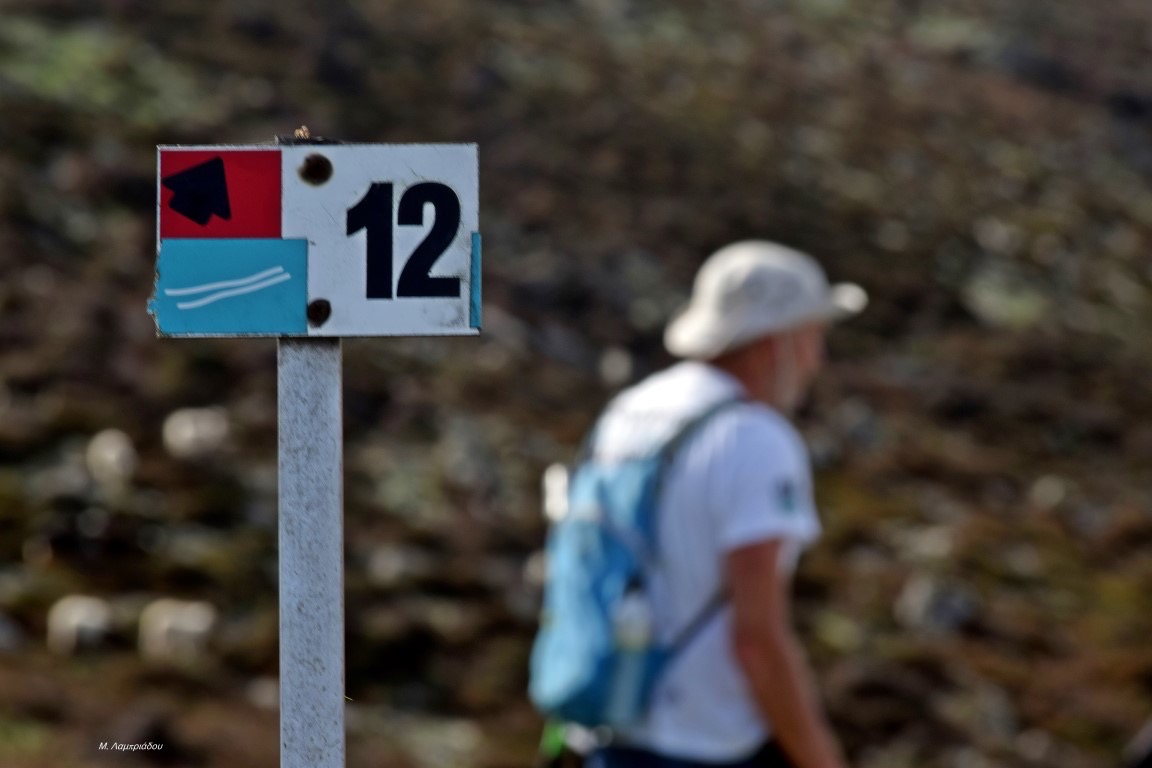 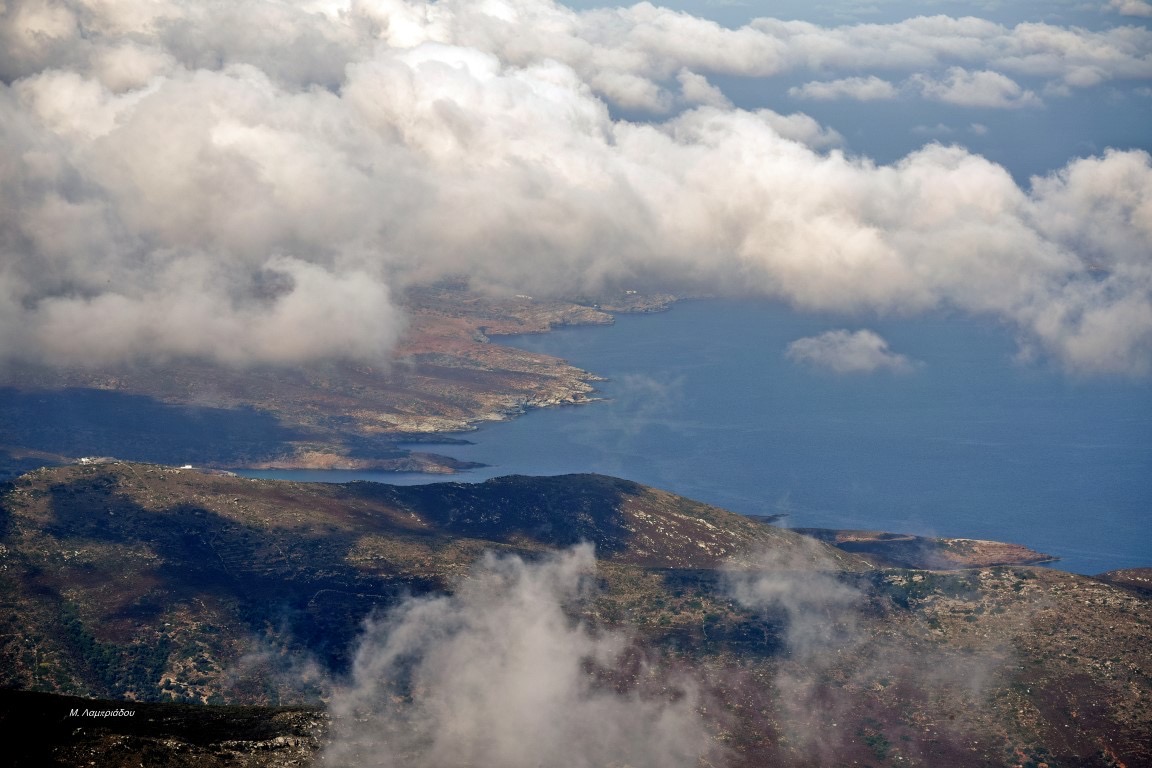 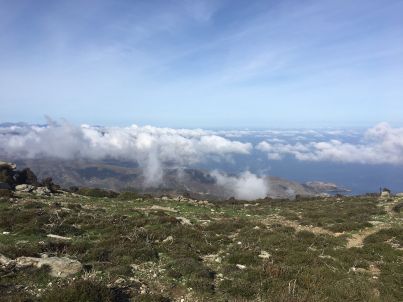 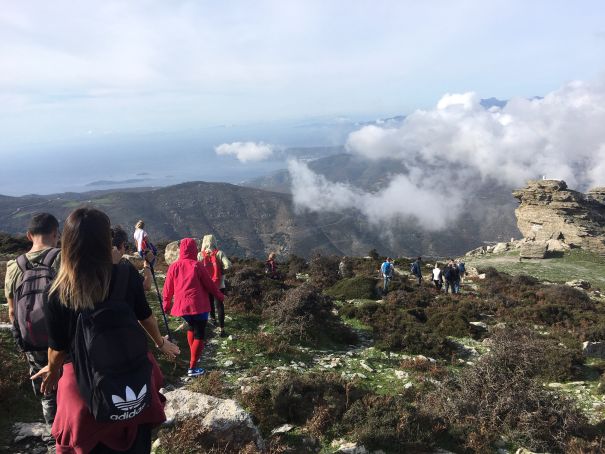 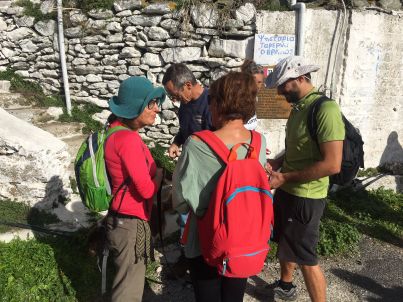 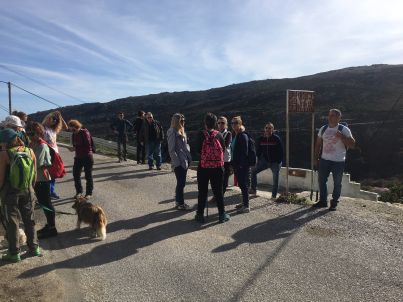 On Saturday 16 November, 27 people from all parts of Andros and also from Athens met up to undertake the 12th maintenance hike of 2019 on Andros Route 12 from Vourkoti to Arni.

The weather was clear and warm for November, ideal for this mountain hike at an elevation above 900 m.

The group met at the church in Arni village and from there we were taken by bus to Vourkoti where, after a brief introduction of the route, we went uphill to the ridge of Kouvara and then down to the chapel of Prophet Elias.

Due to good visibility and our high altitude we were able to admire the magnificent views to the beaches of Vori and Lefka but also to the spoiled Ochi mountain range in Evia, which is now covered with wind turbines.

Along the way we painted many red way-marking points on the route to make it easier for hikers to navigate during the winter season where dense fog is an almost daily occurrence.

The highlight of our trip was the arrival to the beautiful chapels of Prophet Elias and Panagitsa where we had the opportunity to admire the magnificent rock on which they are built, the whole of Andros spread before us. We spent a little time at his beautiful spot engaged in conversation and, of course, taking many photos.

The next part of the hike was downhill. As we approached Arni, the landscape became greener and vegetation became more dense.

Without realizing it we reached the spot where we had met in the morning. After promising to meet up again on our next maintenance hike, to relive the wonderful heart warming moments on another of Andros’s beautiful trails, some of us departed and those that remained went on to dine at a well known Aprovato restaurant, ending the day in the best way possible.

Invitation to mushroom tour at Arni !
Scroll to top