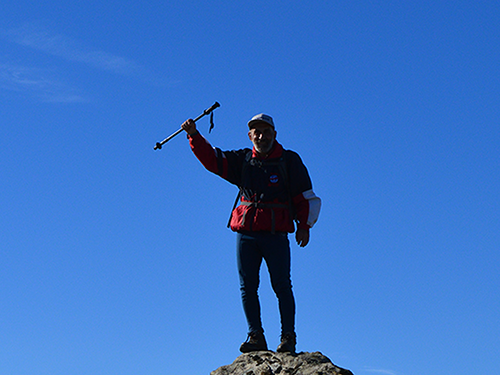 I was born in Andros at the end of the second world war when the rural people of the
island lived off the land. After finishing the primary school I spent the next seven years in
a seminary in Corinth and then studied Theology in the University of Salonica. This was
followed by two years of national service after which I travelled to England with Kathleen,
whom I had met in Athens in 1967 and who later became my wife.
In England I studied Mechanical Engineering, obtained a PhD and became an academic
teaching Mechanical Engineering in Liverpool for 34 years. During that time I spent my
holidays in Andros with my family where we have a house. I retired from work in 2010 and
since then I spend long periods on the island.
I have two hobbies, Greek folk music and fell running which occupied most of my spare
time in England with particular success on long distance challenges. During my visits to
Andros I used to go on long treks on the hills and got to know and appreciate the beauty
of the island. Since 2012 I have been a member of the Andros Routes volunteer croup
helping to discover, restore and maintain old paths.