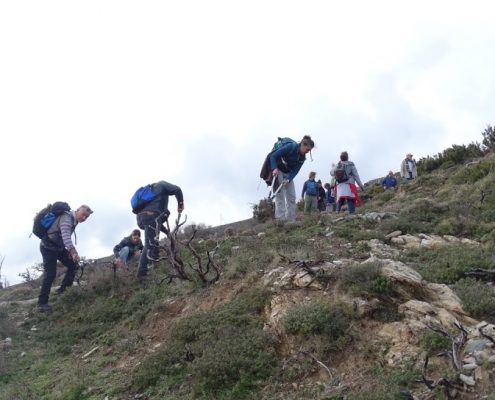 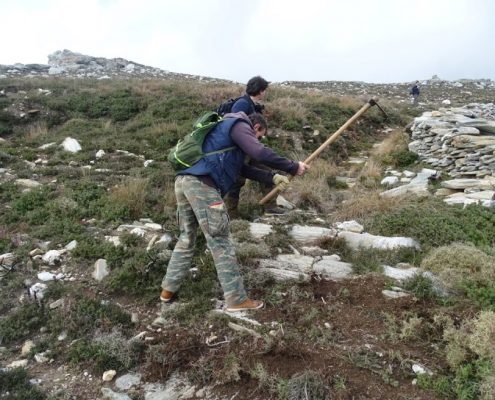 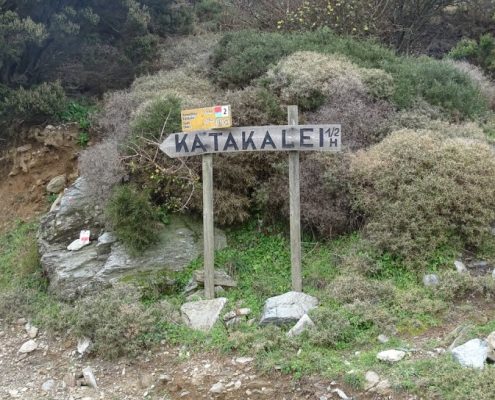 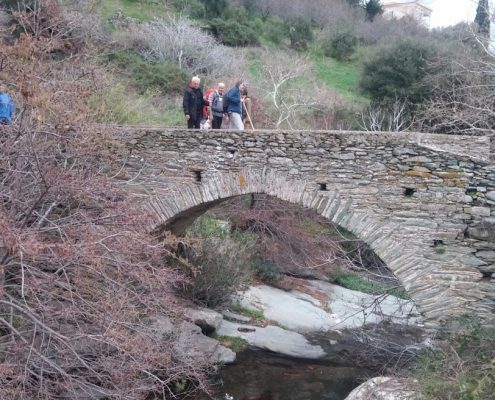 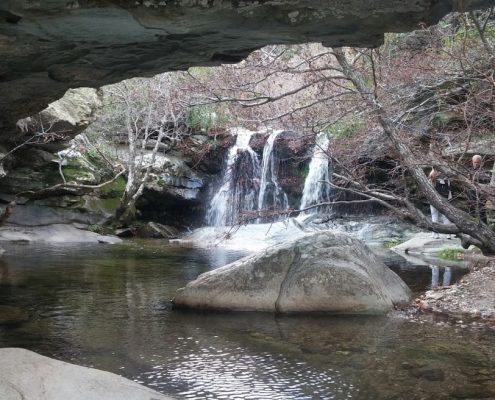 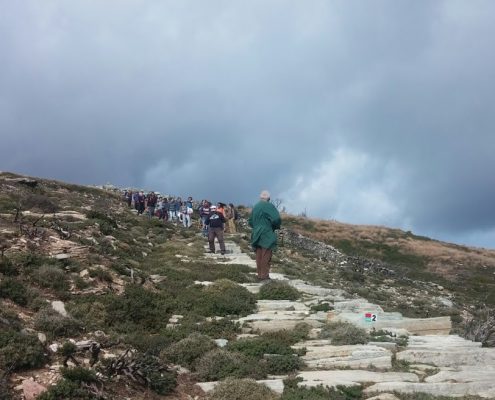 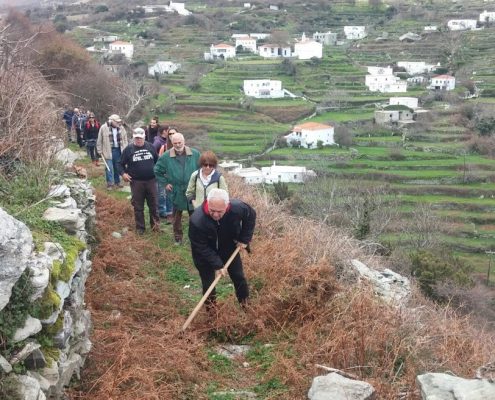 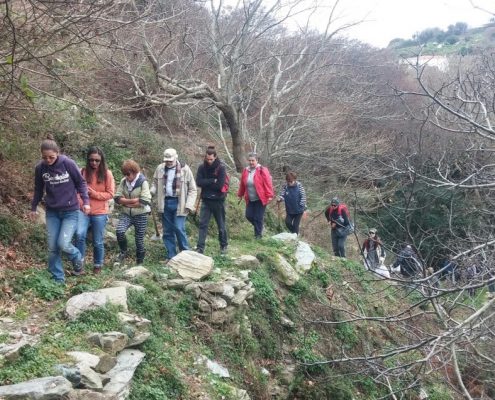 The 2nd Maintenance Hike of 2018 – Vourkoti-Apikia-Gialia

Considering it is the middle of winter, the turnout for 2018’s second maintenance hike was quite amazing! Thirty-three people from across the island, from Athens, from other regions of Greece and abroad came along. The villages of Fellos, Gavrio, Ano Gavrio, Agios Petros, Kypri, Batsi, Katakilo, Aprovato, Kaparia, Chora, Mesathouri, Apoikia and Katakalei were all represented. From further afield we were pleased to welcome walkers from Athens, Kefalonia and Germany.

From the meeting point where we all gathered, we were transported by mini-bus from Gialia to Vourkoti.  After introductions and a short briefing on the program for the day our warm and friendly group took to the hills… We first headed down to the ravine and the arched bridge of Vourkoti and then we headed up the amazing paved path towards Katakalei. After this we descended the wooded slope towards Apoikia, enjoying wonderful views towards the eastern coastline and Chora. In Apoikia there was a detour to the Pythian waterfalls and a well-earned break with some delicious snacks on the arched bridge of Apoikia. After a thankfully short but intense rain shower we continued towards Apathouria and Stenies with stops at the Tower of Bisti and the Empireikos watermill, the well-known abandoned “Factory”. Just before dusk we arrived at Gialia Beach.

Throughout the journey, we cut back new growth, replaced fallen stones to walls and we, revealed a few stone steps that had been covered in vegetation. As always, we gathered rubbish and litter discarded on the landscape.

Some of us started the day as old friends and some of us met for the first time but we were as one, a little fatigued but full of images and the smells of the landscape, when we finished the day with a lovely meal together at a local taverna.

Warm thanks to all those who participated and a brief announcement for the next maintenance hike, our 3rd of 2018, on the weekend of 3-4 February.